WHAT TO DO AFTER A VEHICLE ACCIDENT 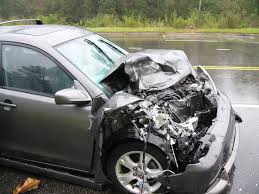 A vehicle accident can be a traumatic event.  In many cases, it can replicate the physiological responses associated with combat.  In particular, the adrenaline rush which can prevent the usual sensing of pain and sometimes cloud judgment and/or perception.  It is important to understand this dynamic in the immediate aftermath of a wreck.  First, you should always consider seeking medical evaluation after a wreck.  That's particularly the case when you have been rear-ended, and may have sustained back and/or neck injuries you might not feel in the immediate aftermath of the impact.  Beyond the care of the possible injury, it is also important to be seen as near to the accident as possible to prevent any question of the cause of the injuries.  If you wait days or weeks to seek care (after the adrenaline rush wears off), that could leave open the question of the accident causing those injuries.  The longer the time between the accident and treatment, the more it can be argued that the accident did not cause the injuries.  The length of time seeking treatment can also be used in the argument the injuries were less severe.

You should also consider being careful about what you say after the wreck and at the scene of the accident.  In court, a third party can testify to an admission of a party to being at fault.  This is despite normal hearsay rules.  You might think you are at fault and make admissions at the scene which can be used later to prove the case.  In many instances, those in accidents admit fault despite objective questions of fault by either party.  The problem with this comes down to perception, and perception can be clouded after an accident and during the adrenaline rush.  The best thing to do is remain quiet about fault even while helping others where appropriate.

Consider contacting an attorney at the earliest possible time after an accident. This person can help with directing you to treatment and how to handle insurance carriers during the process.  If the attorney is experienced, they will know the steps you should take to gather evidence including personal injury damages.  The attorney will likely take the case on contingency, meaning you should pay nothing unless the case brings an award (either by settlement or jury verdict).  The attorney will normally contract to take a third of the award.

If you believe you are at threat of being sued after an accident, put your insurance carrier on notice.  You are entitled to a legal defense with your insurance, and that includes an attorney defending your case if you are sued.  If you are served with a complaint after the filing of a suit against you, immediately forward that to your insurance carrier and cooperate in your defense with their attorney.  I spent a number of years as an insurance defense attorney, and from experience know the insurance defense attorneys are usually experienced in handling defense cases.  Listen to them and work with them.